Overall, good news and a win for the EB-5 industry!

Below are the major takeaways for our clients:

1.     USCIS confirms that the previously approved regional centers retain their regional center designation, and the RIA didn’t automatically deauthorize RCs after all (which was the whole point of the litigation).

2.      Previously approved regional centers have until December 29, 2022, to file an I-956 to fulfill their obligations under the RIA.

3.     I-526 or I-526Es filed in reliance on the preliminary injunction will not automatically be dismissed for failure to have an I-956F alone. These cases can be cured by interfiling with the I-956F number once received. This is a big win for the investors who filed for fear of their children aging out or to attain one of their priority visa set asides.

4.     We have predictable filing timelines after I-956Fs are filed. A major concern about requiring I-956Fs to be filed was it would be impossible to know when USCIS would issue a receipt number and thus prevent investors from filing. Now, practically speaking, if a receipt number doesn’t come within 10 days, an investor can file their I-526E with proof that the I-956F has been filed/fees have been cashed.

5.     USCIS confirms that previously approved exemplars will still be granted deference under the RIA. Regional centers must still file an I-956F but can refer to their previous approval. No clear timelines on when I-956Fs will be adjudicated so that leaves exemplar-approved projects with pending I-956Fs as the best bet for EB-5 compliance.

7.     Two years of quarterly meetings with USCIS to hammer out any issues that arise from the implementation of the settlement agreement.

While this allows the industry to move forward with a level of certainty, KLD LLP will continue to support efforts to bring clarity and efficiency to the EB-5 Regional Center Program.

If you are an investor or regional center who has questions about the RIA and Settlement Agreement, please contact us at info@kldllp.com. 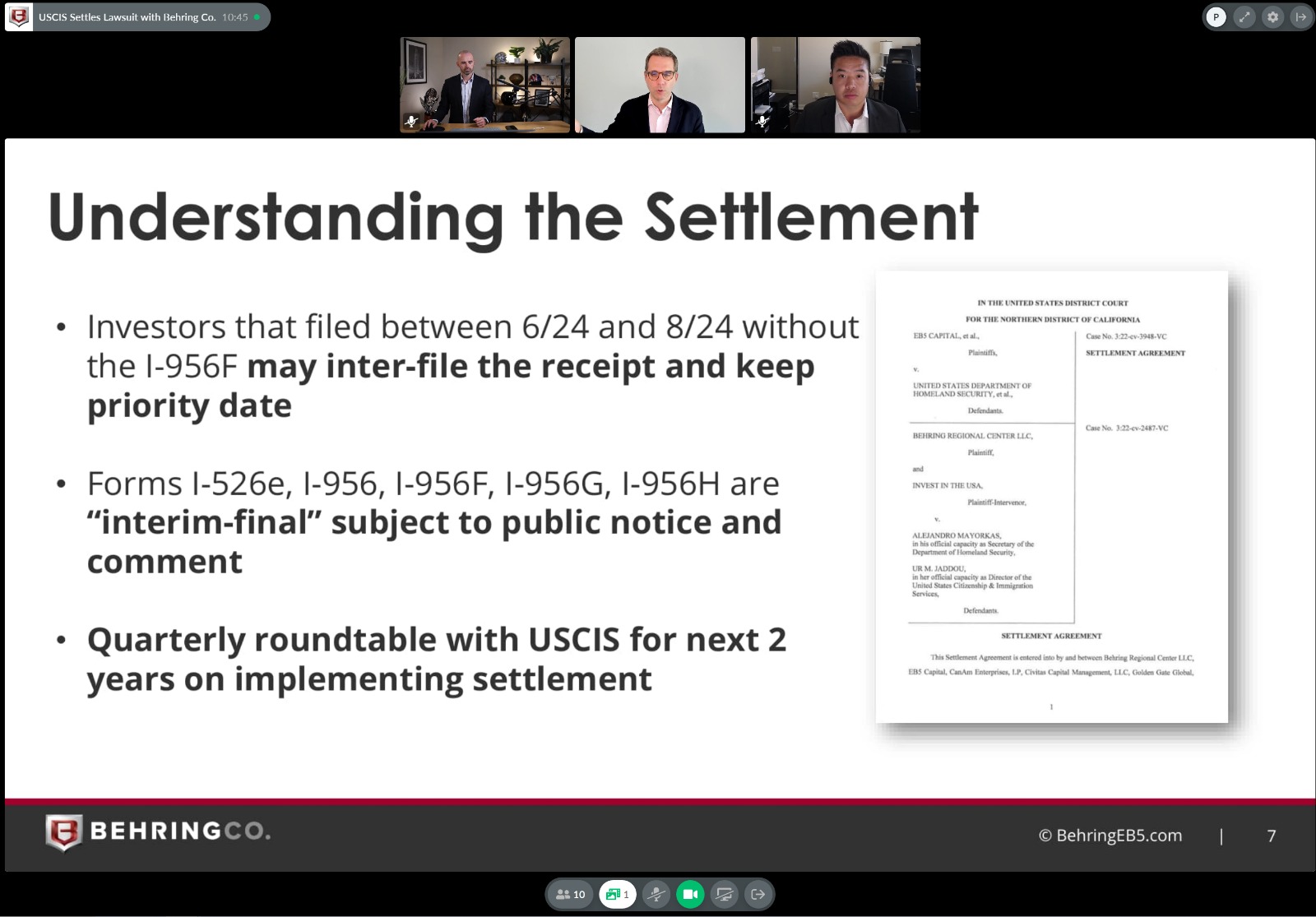